The 63rd PRE congress took place in Krakow, Poland and was attended by over 80 participants from 13 European countries.

During the PRE Economic Committee and General Assembly, PRE members were updated on 2015 PRE production statistics and the different European policies currently being debated in the European institutions (such as the future of the Emissions Trading Scheme or the revision of the Carcinogens and Mutagens Directive). Mr Dariusz Konieczny, Head of law and technology in the Polish Cement Association, gave a presentation on the Polish, European and world cement market.

Next year’s congress will take place from 7 to 9 June in Chester, UK, kindly organised by BCC, the British Ceramic Confederation. 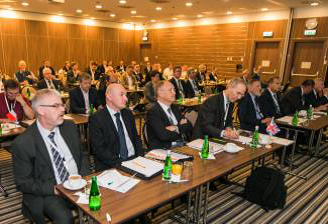