On 5 June the European ceramic wall and floor tiles industry held its annual General Assembly in Prague in the context of the 2015 CET Congress.The General Assembly provided an opportunity to discuss the most recent statistics and trends as well as important regulatory developments. In terms of sales, the European ceramic tiles industry remained stable in 2014. Furthermore, exports outside of the EU continued to increase in value in 2014, reaching an export value of €3.48 billion, up from €3.41 billion in 2013, representing close to a third of the total production in the EU.

Regulatory developments can play a significant role in determining the industry’s competitiveness at international level. In this globalised economy there are a number of ways that the competitiveness of the European ceramic tiles industry can be further improved, namely:

CET hopes that policymakers will take appropriate action to address these issues at EU level.

The Congress was hosted by the Lasselsberger Group and was concluded by a round table debate with Czech MEP Dita Charanzová. 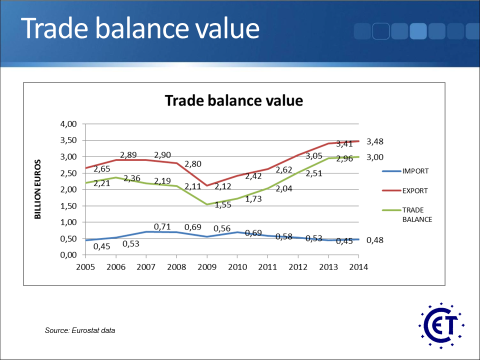