Following the visit, they discussed the consequences of the Emissions Trading Scheme (ETS) after 2020. If the Commission’s proposal is not amended, brickworks like Olfry would likely get only 30% of the allowances for free and not be considered at risk of carbon leakage. For a medium-sized company this amounts to many hundreds of thousands of euros of additional carbon costs per year and endangers its future and that of its 60 employees.

MEP Gieseke was informed that no new brick or roof tile factory has been built in Germany in the last 15 years and in Europe in the last 10 years. Lastly, industry representatives highlighted how important it is for SMEs like many brick and roof tile companies to receive support from MEPs. MEP Gieseke, a member of the ENVI Committee, stated that the Commission promised to raise the industrial share of GDP in the EU to 20% and that the industry should not have to leave the EU due to ETS.

Thanks to Martin Roth, Managing Director of Bundesverband der Deutschen Ziegelindustrie e.V., for contributing this article. 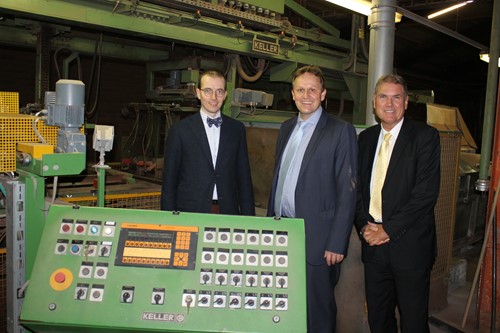